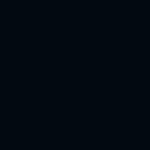 The great Austrian capital was chosen for the third edition of our Urban Future Global Conference.

Around 3,000 City Changers from over 400 cities, 50 countries, and four continents gathered at the URBAN FUTURE Global Conference in Vienna, Austria, from February 28 to March 02, 2018.

Carried out at the Messe Wien, the biggest fair trade in Austria, the conference hosted 57 sessions on climate protection, sustainable building, and mobility.

Two hundred thirty speakers from all over the world presented specific projects and shared their personal experiences, being the signing of the Covenant of Mayors the main highlight, in which Maria Vassilakou, Vice-Mayor of Vienna, and other mayors from across Europe sent out a strong message to support the European Union’s energy policy targets for reducing CO2 emissions by 40 percent in 2030.

Some of the present experts who advocate for change were Rui Moreira, Mayor of Porto; Gil Penalosa, founder of the Canadian NGO 8 80 Cities; and Rajendra Singh, who made a life mission of cleansing the Ganges river.

As part of the UFGC, the world’s first ‘FuckUp Night’ for city leaders took place. CityChangers from Vienna, Ghent, Stockholm, Oslo, and Vancouver contributed to a new culture of learning, in which mistakes are not only allowed but serve as catalysts to foster change to more sustainable cities.

Sustainability for your inbox:
Stay up to date with Urban Future.